Posted by Mike on 10/9/2019 to Fuel Injector
What are some of the symptoms of a bad fuel injector.
Video Version
Regardless of what kind of vehicle you drive, the engine lying underneath the bodywork is a hugely complex thing. Full of thousands of moving parts under extremely tight tolerances, it is an engineering marvel that is a direct result of over a century of refinement and perfection.

Part of the complex puzzle are your fuel injectors. If you run a diesel engine, or run a gasoline vehicle that was made any later than the late 80s, then you will have these trick pieces of technology nestled under the hood somewhere. Like anything in your motor, though, fuel injectors are not immune from going wrong.

Fuel injectors work to extremely tight tolerances, thanks to their fundamental design. By utilizing high pressure injection, precision timing, and atomizing the fuel into a fine mist, the fuel injector is able to be significantly more efficient than the traditional carburetor that was commonplace before. As a side effect though, they are also very sensitive to conditions that are not optimized for their operation. It therefore only takes something as small as imperfections in the fuel you are using to grind an injector a halt. So, how do you know if your fuel injectors are bad? Thankfully, there are several symptoms you should know to look out for, so let us take a look at what the signs of bad fuel injectors are.

One of the most noticeable bad fuel injector symptoms is a rough idle on your engine. Most engines usually idle with impeccable balance, with very little amount of vibration coming through to the cabin. A bad fuel injector will not be providing fuel in the way the ECU is expecting - it can either be providing not enough fuel, providing fuel at the wrong moment, or delivering an uneven amount. Any of these problems will contribute to your engine feeling incredibly rough and unpleasant. It will also be accompanied by your rev counter in your dashboard moving around on idle, instead of staying steady at just below 1,000 rpm. In some cases, your engine may even stall if it doesn't receive enough fuel to keep itself running. Whilst you are driving, the engine may continue to misfire, surge and operate roughly beyond its normal character.

A bad fuel injector is also likely to trip out your ECU, which will turn on your check engine light. This is usually a yellow or orange symbol that represents an engine block, and on the face of it doesn't really tell you a whole lot, other than something isn't right.

To find out more information, you can either take your vehicle to almost any garage or dealership, where they are be able to plug into the ECU and read the fault codes. Alternatively, you can do it yourself! OBD II scanners are widely available on online retailers such as Amazon, and will read the fault codes for you. Your only task is finding your vehicle's OBD II port (so long as your vehicle is from 1996 on-wards), which you can do by consulting your owners manual, or searching online for your model.

Your vehicle failing its emissions test could be another sign of bad fuel injectors in your engine. Vehicles today are very tightly controlled with the emissions that are allowed to come out of the exhaust, so any deviation from normal working order will be flagged up when an emissions test is carried out. Your fuel injectors can influence this because a bad injector is likely to provide fuel in a sub-optimal fashion, which can result in a fuel mix that is too rich, and incomplete combustion. Both of these things produce thick, black soot, which is thrown out of your car's exhaust system. Be aware also that a bad fuel injector giving a rich fuel mixture can lead to ruining your catalytic converter, requiring a replacement and additional costs.

Sticking with the theme of less-than-ideal fuel mixes as a result of faulty injectors, another bad fuel injector symptom would be noticeably worse fuel economy whilst driving. A rich fuel mixture means your car is using more fuel than it otherwise would during normal, leaner operation. This extra fuel is effectively wasted in the form of incomplete combustion, and is instead turned into soot, as previously mentioned. Keep an eye out on how many miles you are doing on each tank of fuel; if it drops without an obvious reason, it could potentially be a sign that something is not right with your injectors.

Fuel injectors can break in other ways beyond not spraying correctly, too. In some cases, the injector itself can break and perish, causing incorrect operation, and cause a whole different set of signs that something isn't correct.

One such sign of a broken fuel injector is the smell of fuel. If your injector is physically broken, then there is a good chance that the fuel thatÃ¢€â„¢s meant to be sprayed into your combustion chamber will start to leak out of the injector and into your engine bay. Fuel, whether it be gasoline or diesel, carries a very distinctive scent that is unmistakable and easy to detect, so open up your hood and smell around. If the smell is strong and near your engine block, your injectors may be leaking. You may even see fuel leaking on other components, or onto the ground underneath your vehicle.

If your vehicle does match one or more of these symptoms and you do believe you have bad fuel injectors, then don't worry! Thankfully, for most of the issues, injectors just need cleaning to get rid of any dirt and residue that prevented them from working properly. At Mike's Carburetor Parts, you can send your injectors to us, and we will fully test your injectors before cleaning, and then clean your injectors with an ultrasonic cleaner, before finally carrying out a wide range of tests for leaks, volume, spray pattern, electrical behavior and balance. 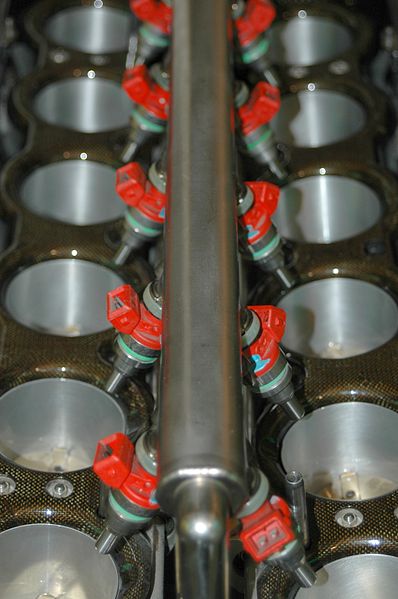 Should your injectors unfortunately be damaged beyond repair, you can find the right injector for your vehicle using our huge catalogue of parts for manufacturers across the globe.

Having things break on your vehicle is never any fun, but now you know the main signs and symptoms for bad fuel injectors, it can be just that little bit less stressful for you.