Test your regulator to be sure the correct pressure is getting to your fuel injectors, then replace it with one of Mike's high quality regulators. 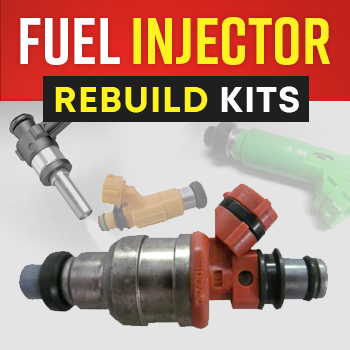 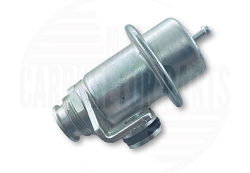 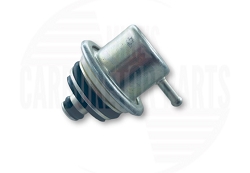 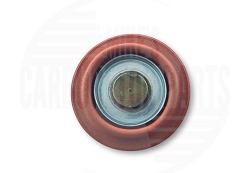 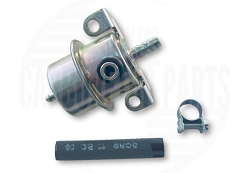 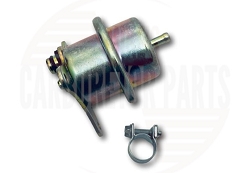 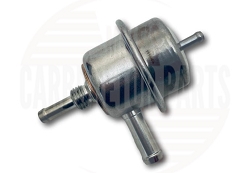 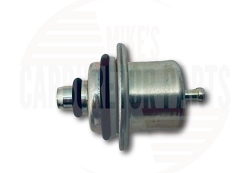 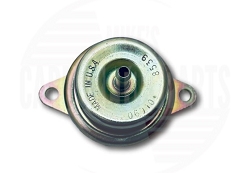 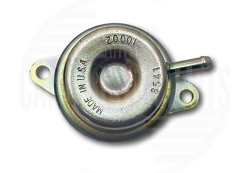 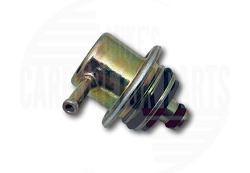 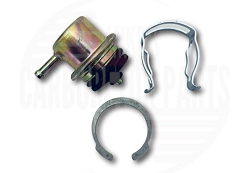 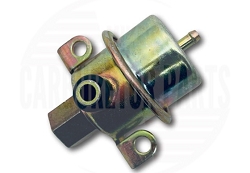 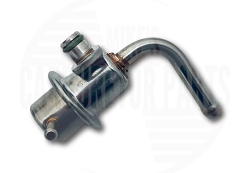 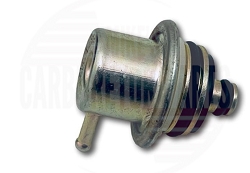 Fuel injection depends on having a difference in pressure between the fuel behind the injector and the air in the throttle body, manifold or cylinder. The more consistent that differential is throughout the engine’s range, the more consistent the fuel spray pattern will be. Under that condition all the ECU has to do to keep the engine running smoothly is manage how long the injector stays open.

The underlying principle is that a pump in the tank supplies fuel faster than the engine needs. Excess fuel flows back to the tank via a return line. The regulator acts as a valve, restricting the volume of fuel returning and so maintaining pressure behind the injector or injectors.

Vehicle manufacturers have explored many approaches to fuel injection. Older GM vehicles for example used throttle body injection. Here a single injector takes the place of a carburetor in the inlet tract just above the manifold. In this design the regulator is integrated into the injector mount in the throttle body, maintaining pressure by restricting the fuel flow back to the tank.

Port injection has been used on many vehicles. This approach places an injector just outside of each cylinder, spraying fuel into the air as the inlet valve opens. More recently, injectors have moved to spray directly into the cylinder, an approach termed ‘direct injection.’ (As a side note, diesel engines have used direct injection for years.) Both these approaches connect the injectors to a metal pipe, (the fuel rail.) The pump supplies the rail with gasoline through a high pressure line with the regulator governing the return flow. Usually the regulator is mounted on the end of the rail although in some newer designs it’s built into the fuel pump in the tank.

Inside the regulator there’s a diaphragm backed by a spring. The diaphragm covers the end of the rail, stopping fuel from leaving. Fuel pressure builds in the rail until it reaches a point where it overpowers the spring and gas returns to the tank.

Connected to the spring side of the regulator is a vacuum hose running from the inlet manifold. The purpose of this is to adjust the pressure in the fuel rail to compensate for changes in manifold vacuum.

Manifold vacuum varies depending on how hard the engine is working. At idle there’s high vacuum in the manifold. This pulls on the diaphragm, reducing the pressure in the fuel rail ensuring the differential between that and the air in the inlet system remains constant. Whenever fuel problems are suspected a first check is to see if the regulator vacuum hose has become disconnected.

It’s all about the fuel spray

The fuel pressure regulator plays an important role in fuel injection. When the correct pressure is maintained behind the injectors the ECU optimizes engine performance by controlling the duration of the gasoline spray. When the regulator goes bad an inappropriate quantity of fuel is injected into the cylinder and the engine runs poorly.