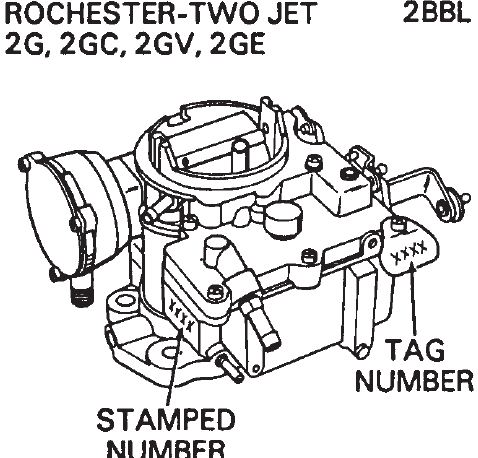 Please keep in mind that all technical information given assumes our parts are being used. Parts purchased from other sources may not install, or work in a like manner. How to Find The Carburetor Number? The older Rochester 2G carburetors had a small triangular tag attached to the top of the carburetor. Starting in 1968 the 2G carburetor had the number stamped on the side of the float bowl below the inlet.

Pre 1968 2G carburtors cannot be identified without the tag. All other numbers found on these carburetors are casting numbers and part numbers that were used on multiple carburetor numbers. 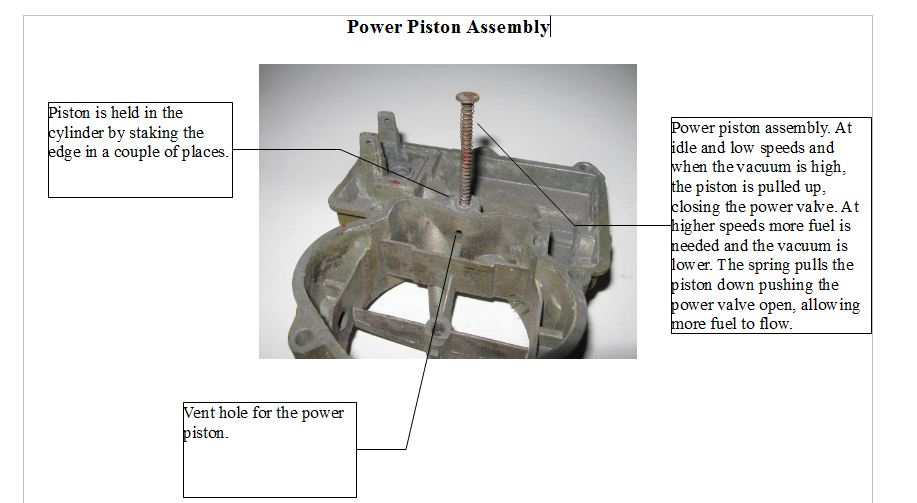 Be careful when removing the power piston. The stem can break off easily and these are not longer being produced. Push down on the stem and spring with your finger, then let it snap back. Do this over and over until the piston comes out. A frozen stem is another problem all together. Try spraying silicon spray lubricant into the vent hole.Hot Idle Compensator

Some Rochester 2g carburetors had a hot idle compensator attached to the middle of the venturi. When heated up, the bimetal bends up, exposing a vent hole and allowing more air into the intake. This compensated for an overheating condition on vehicle at idle, especially air conditioned cars. Below is a picture of what the assembly will look like. 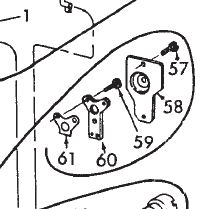 Most of the 2 jet kits will include a clip that attaches the float needle to the float. This is used to facilitate lifting the needle out of the seat allowing fuel to enter. Helpful when the needle wants to stick. Watch closely how you install this clip so when done, the needle is pulled straight up and down and not pulled to the side.


Watch a video about rebuilding this carburetor.

How to hard wire a 2GC choke to stay open. This only works on a 2GC (intragal choke), not a 2GV.

Remove the hot air tube to the choke housing and cover the hold with a piece of metal and use JB weld to keep it there. Remove the spring from the thermostat and turn it around, then adjust the choke so that it stays open.
Not all 2 Jets use main well sleeves. Many of the marine carburetor do not.

The 2G Rochester used a cast iron throttle body and it is rare that they need to be re bushed because of free play. .005" to .010" clearance is ok.
These 2 gaskets are interchangeable.