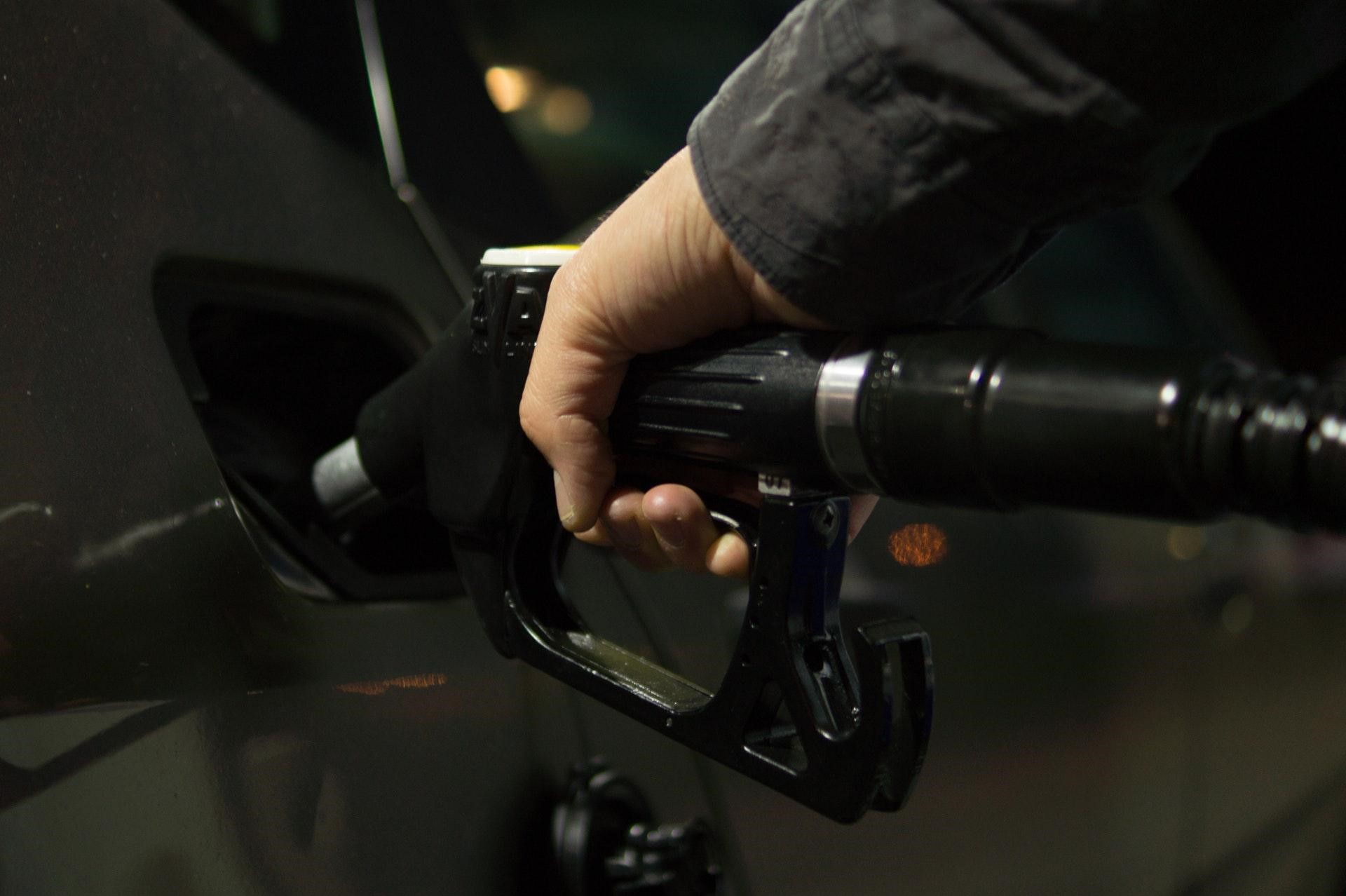 Are fuel injector cleaners worth it?

In the automotive industry, there are topics prone to start heated debates. This article will cover one of those topics, the effectiveness of fuel injector cleaners. To accomplish that goal, we will compare their bold marketing claims with tangible facts.

Ready? Let’s start exploring if fuel cleaners are worthy of your hard-earned money.

Why do you need to clean the fuel system?

That’s a good question. The best way to determine the efficiency of a product is by understanding what the problem is you are trying to solve.

Fuel injection systems consist of several elements. Yet, fuel injectors are possibly the most recognizable component of them. And for a good reason. They are responsible for delivering the required fuel and adequate spray pattern through its nozzle. However, as the injectors become clogged, their ability to fulfill their mission decreases.

That’s the problem that fuel injector cleaners are supposed to solve. They have to remove carbon deposits at the tip of the injectors.

What causes carbon buildup in the injectors?

There are many factors involved in carbon buildup:

The list goes on and on. Since injectors are ‘at the end of the fuel line’ they get clogged as a consequence of any issue affecting the fuel system.

The theory behind fuel injector cleaners 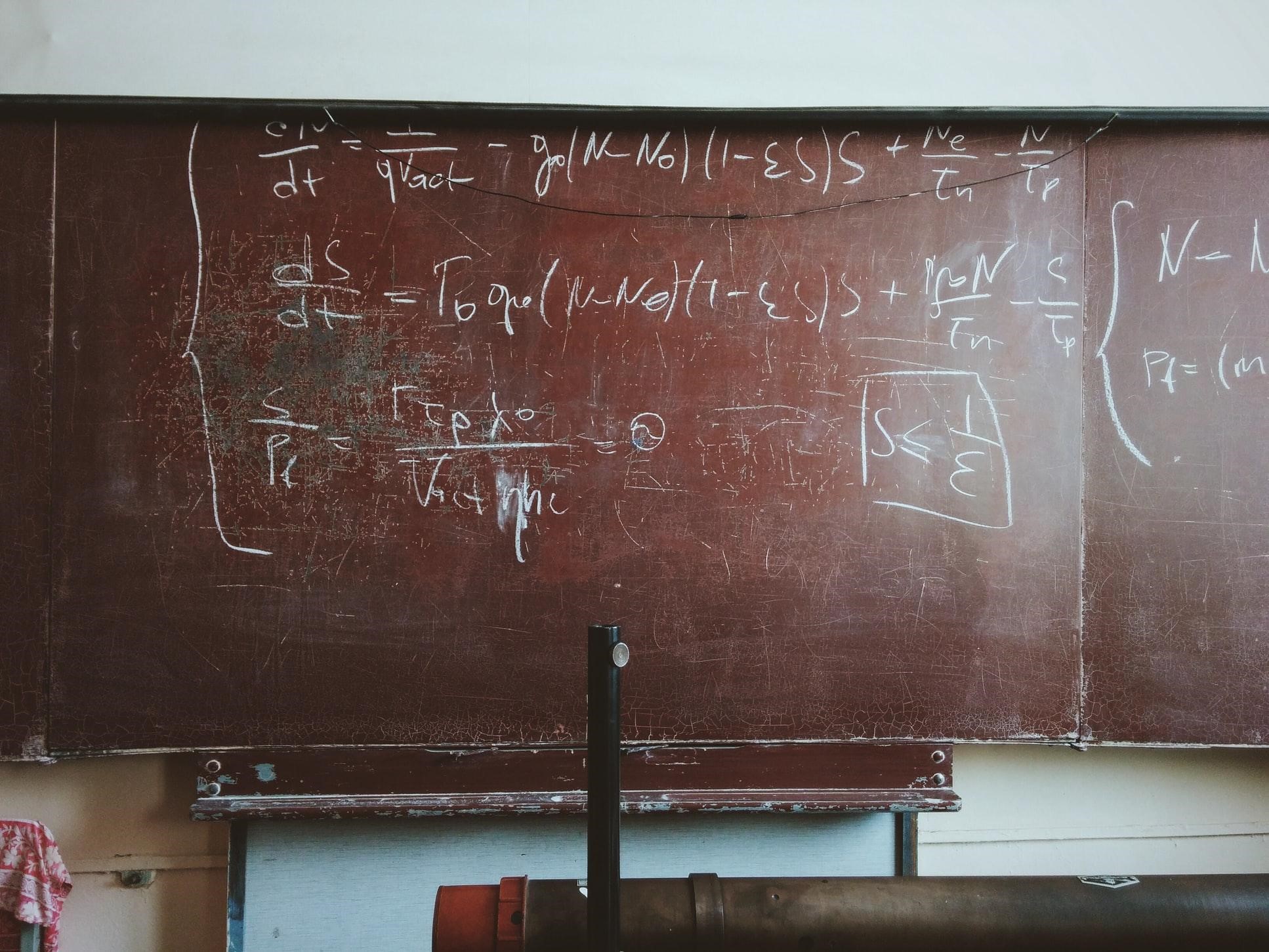 Once established that carbon buildup is the problem it’s time to explore how to remove it. But first, let’s review fuel injector cleaner basics.

A Fuel Injector Cleaner is an additive composed of several solvents meant to ‘break’ carbon deposits and then ‘expel’ them from the fuel system.

The concept behind fuel injectors cleaners is quite simple. You pour a certain amount of additive on your gas tank when it is almost empty, go the gas station, refuel, and drive.

And that’s it. Your system is cleaned as the product ‘removes’ carbon deposits and expels them through the injector. Deposits and debris are later vaporized in the combustion chamber and become part of the exhaust gases.

What are its benefits?

Most, if not all, fuel injector cleaners claim that its continuous usage ensure:

What is their composition?

Fuel injector cleaners contain several components, most of them petrol-based and/or organic-based solvents, to assist them in their quest:

Polyether amine (PEA) is considered the main component used by most fuel injector cleaners. The polyether amine is a very strong solvent, which can remove carbon deposits when used properly. Its great detergent power is both its greatest strength and its worst weakness.

Polyisobutylene (PIB) is also part of most formulas since it prevents sludge, soot, and other contaminants from making further deposits in the fuel system. Take into account that PIB is not exclusive of fuel injector cleaners as many companies use it as a regular additive on their combustibles.

Polyisobutylene amine is a PIB-based additive that aside from reinforcing PIB carbon deposit control it can also remove humidity (water) from fuel lines. Certain brands, such as Chevron are known to use this component as part of its formula.

There are other components involved, but those mentioned above are believed to encompass 70% of fuel injector cleaners formula. 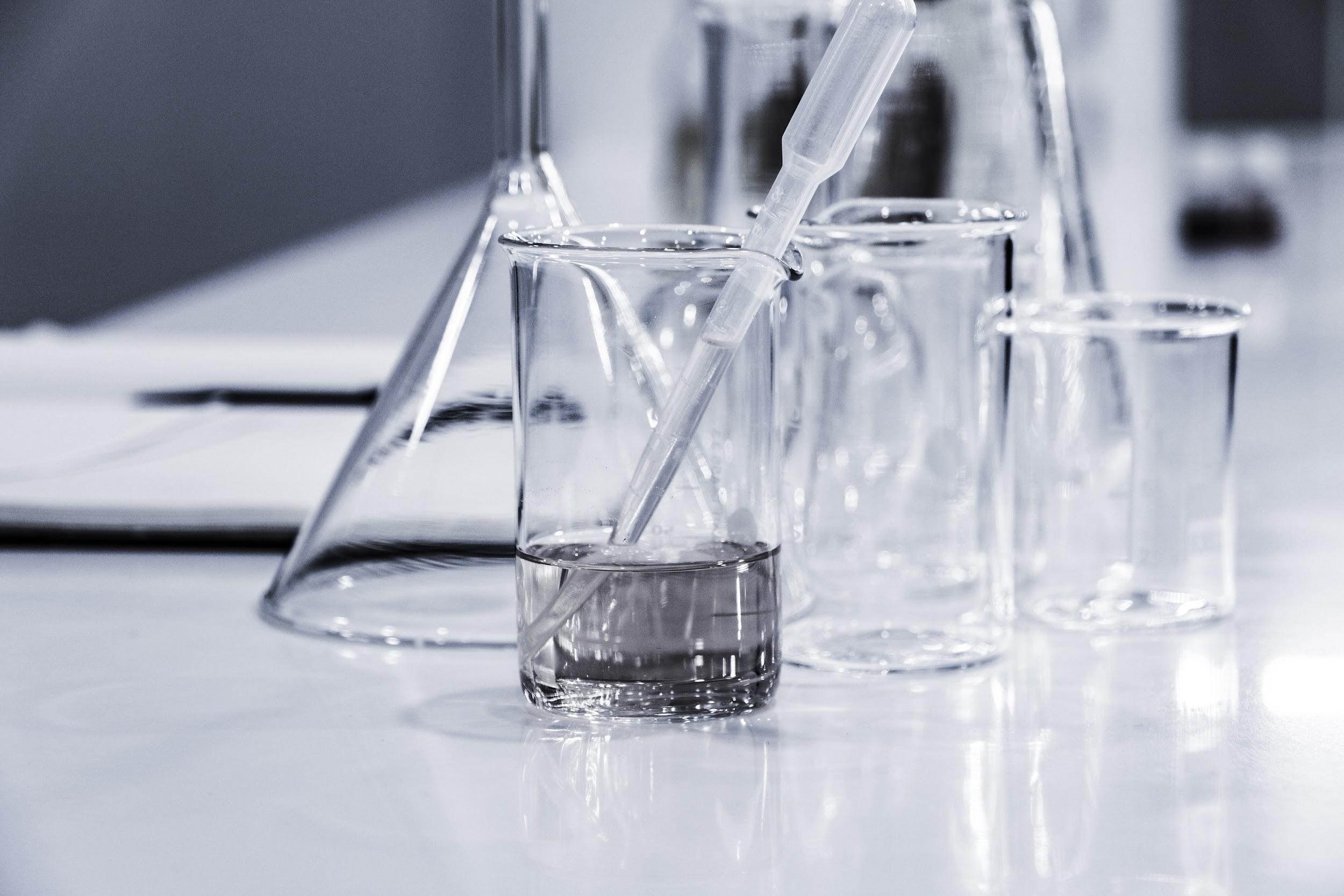 The whole principle of fuel injectors cleaners is based upon using the ‘best’ formula to get rid of carbon deposits.

But how powerful should be the formula? How can it be determined which is the optimal concentration of each component?

You may be thinking, it’s not that hard to figure out the perfect composition. If PEA is the active component responsible for removing carbon deposits, why not use high concentrations of it.

Well, it’s not that easy.

Polyether Amine is so powerful that it might harm engine internal components if used in excess. That’s why some products avoid using PEA in their formula and prefer using other solvents instead. That’s the case of this STP cleaner. The downside is that those alternative solvents many times are not strong enough to remove carbon deposits.

That’s the paradox of fuel injector cleaners. If you use too much Polyether Amine you can destroy the engine but if you use too little (or sub it with another solvent) then its effectiveness suffers.

There lies the greatest weakness of the fuel injector cleaner. Nobody can assert having the perfect formula.

Are fuel injectors cleaners safe for the engine?

The dilemma of their formula makes it difficult to answer that question. And chemical products manufacturers know it. However, you won’t find any product explicitly stating potential risk to the engine. What you will see is something like this:

Now, for the untrained eye, that phrase is nothing special but for expert marketers, it is a masterpiece. That short sentence begins with a veiled warning that the product is ‘safe to use every 1,000 miles’ but then immediately reduces the impact saying ‘or as needed to keep fuel injectors clean’.

The available space in decals is extremely limited. Every word counts. You can be sure that including that sentence is not a coincidence. Other examples?

Again, the warning is concealed but it is there. Yet, marketing is so good that it’s understandable that you still have doubts. Or perhaps, in your opinion, the phrase "use every X miles" is only part of the instructions and is not a warning. 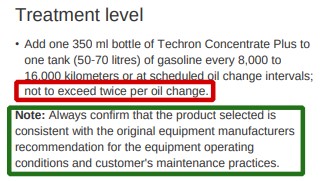 The image above isn’t from the product’s label, but from its official description buried on the website as a PDF document.

Back to the topic at hand, are cleaners safe for the engine?

The evidence above is, at best, circumstantial. That means it would not be responsible to answer either yes or no.

What is certain is that it’s not advised to increase the suggested product concentration (two bottles instead of one for example) nor using this kind of product too often.

You may argue that some brands state that their product is ‘safe to use with every refuel’. And that’s probably true. Because (you can bet ) those products don’t contain Polyether Amine.

What’s the solution then? Follow the manufacturer's instructions to the letter?

Definitely, yes. In order to avoid damage to your engine, you should not experiment with fuel injector cleaner concentration.

How long does fuel injector cleaner take to work? 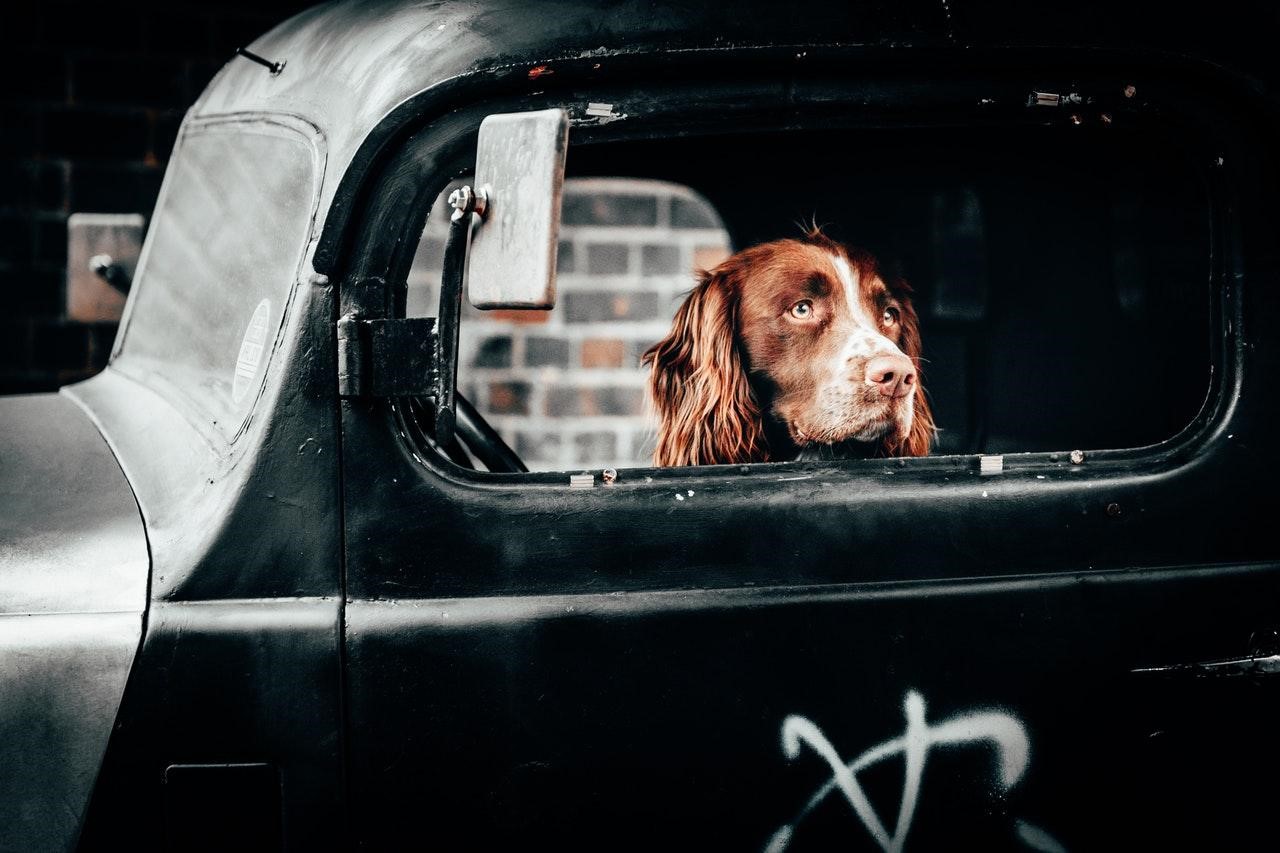 First, let’s define what is the desired result before diving into how long it would take to achieve it. The goal is completely removing carbon deposits from injectors. As simple as that.

Now, as mentioned earlier, a ‘treatment’ of fuel injector cleaner consists of ‘pour and go’.

That said, it would be perfectly rational to assume that after the ‘treatment’ there should be no more carbon deposits left in the injectors and, therefore, the problem should be solved.

Unfortunately, many times that’s not the case.

Depending on the quality of the fuel injector cleaner and the level of clogging of the injectors, you may not experience any noticeable result.

In that case, you must repeat the process again and again. until you begin to perceive an improvement in the engine.

Simply put, there is no guarantee that a single fuel injector cleaner treatment will be enough. It may work, or not. So, it’s difficult to determine how long it would take to fulfill its goal of removing carbon deposits from injectors.

Why results vary from one car owner to another? 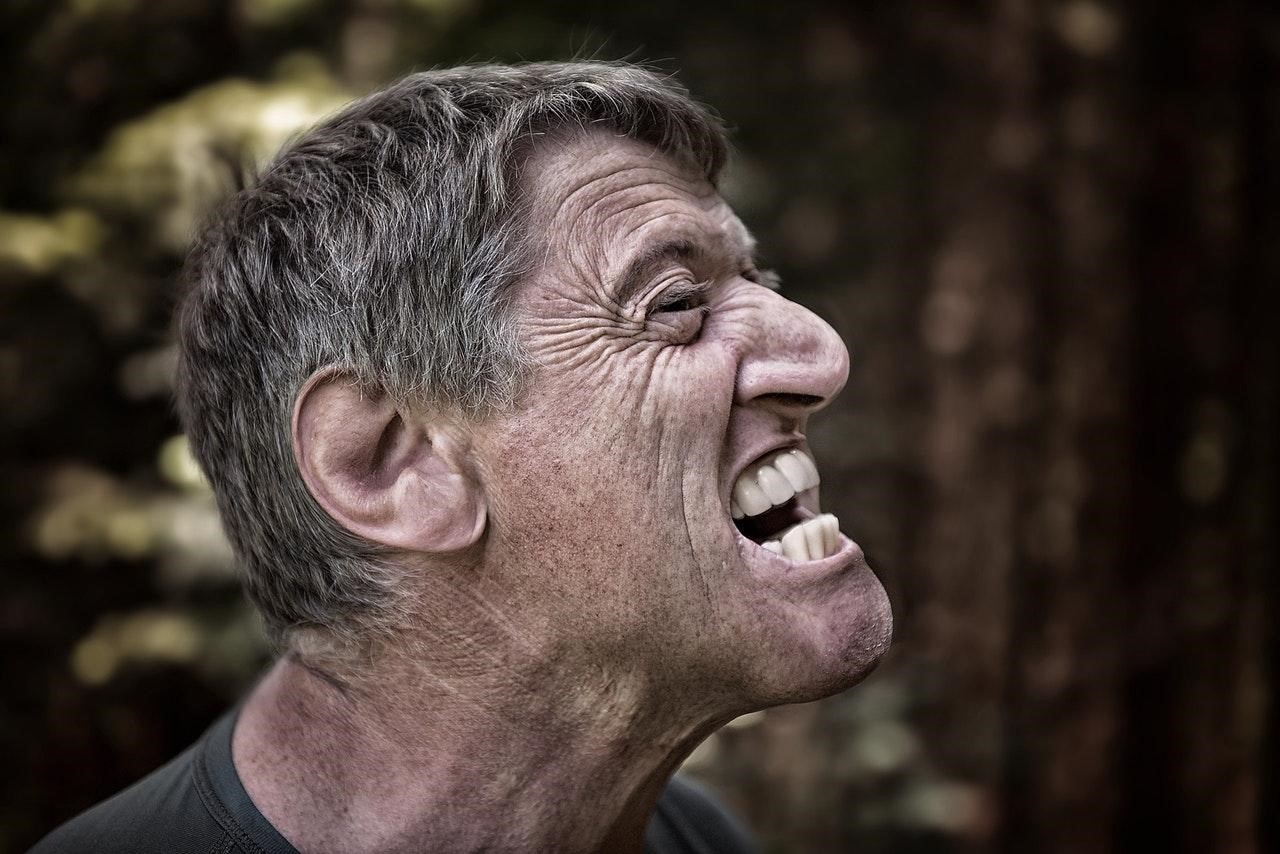 You will find fuel injector cleaner testimonials ranging from amazing success to catastrophic failures. Why? Because there are many factors in play.

Modern vehicles are equipped with sophisticated computer-controlled injection systems. The Electronic Control Unit (ECU) is constantly monitoring dozens of engine parameters and adjusting the injector’s pulse bandwidth in real-time. This functionality is designed to compensate for any factor affecting fuel delivery. That includes carbon deposits buildup.

Now add different driving habits, local weather conditions, vehicle maintenance, and you have a lot of variables in hand.

In other words, when you notice the loss of engine power, it will be because the fuel injectors are already clogged beyond the compensation capacity of the ECU. In short, they are really clogged meaning you will need a high concentration of PEA to clean carbon deposits.

We have the paradox again.

Yet, to maintain the objectivity of the analysis, let's just stick to the facts:

How would you handle such a challenging scenario? What formula should be used in each vehicle?

That explains why fuel injector cleaner results are not consistent. Chemical engineers do their best to create a universal formula with the hope that it will produce the best results for everyone.

How often do fuel injectors need to be cleaned?

The answer to this question is a bit elusive since, as in the previous point, there are many factors at play. Over time, fuel quality has improved, as well as fuel injection systems making even harder to determine the optimal maintenance schedule.

However, it’s widely known that vehicles over 45,000 miles without receiving proper fuel system maintenance might require replacing one or more injectors. Based on that information, it’s highly recommended to service your fuel injectors at least twice a year or every 15,000 miles.

In terms of regular maintenance, if you own a 2015 or newer vehicle using synthetic motor oil, that translates in cleaning fuel injectors with every oil change. 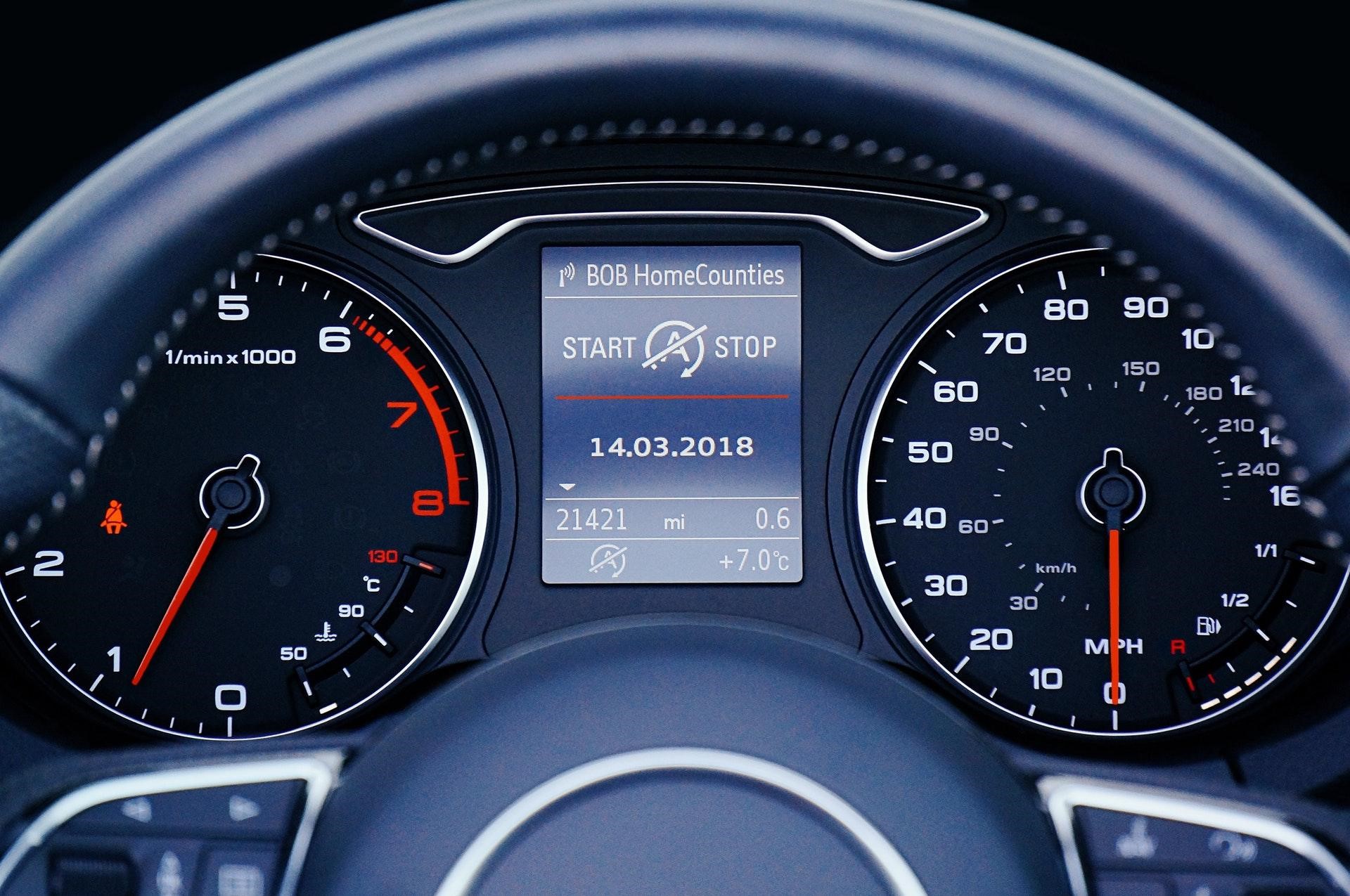 Let’s review the facts we have gathered so far:

They certainly do, to some extent. And that’s the problem with this claim. Fuel injector cleaner results are not consistent among users. It’s the formula paradox. Even if you notice improvement, that doesn’t mean carbon deposits are completely gone.

Think of a vehicle entirely covered in mud. Now imagine that you take the garden hose and clean the mud using only water and later let the car dry in the sun. There was an improvement? Sure, but what do you think will happen with the car paint? Won't it suffer the consequences of leaving mud residue?

Improvement does not mean that the underlying problem has been solved.

This claim has a lot to do with the previous one. In case you do perceive a gain in fuel economy (remember, there is no guarantee of that) that only proves one thing, your injectors are less clogged than before.

Cleaner injectors will increase power. However, keep in mind we are not talking about octane boosters. Gains in performance will be small because formally speaking you are not increasing power, you are restoring engine performance.

This claim holds true for most cleaners. Since almost every formula includes Polyisobutylene amine or an equivalent compound, they are able to get rid of water particles suspended in the fuel.

The objective of this article has been letting you judge if fuel injector cleaners are worth your money.

If you search on Google, you will find sources that claim that fuel injector cleaners are amazing, as well as people who say they are a scam.

After reviewing the facts you can understand how that is possible. Both parties are telling the truth.

Fuel injector cleaners’ marketing claims could hold true for some, but even then, there is no guarantee about their degree of success removing carbon deposits from injectors.

The only way to guarantee results is by checking fuel injectors’ caudal and spray pattern out of the vehicle. And before you ask, yes, that’s possible using alternative methods like ultrasonic fuel injector cleaning.

A final word about fuel injector cleaners. Try to apply the knowledge acquired in this article to find a product with a worthy formula.After all, premium gasoline already shares many components with some cleaners in the market.