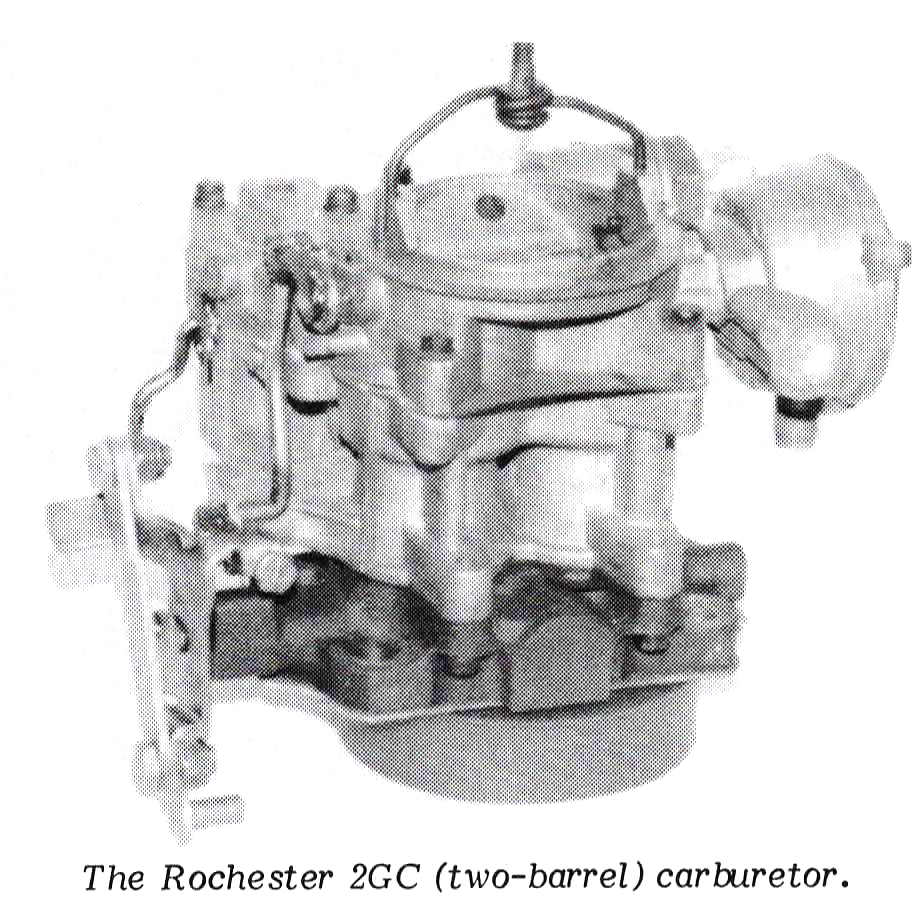 The 2 barrel carburetor is available in two different models: 2GC and 2GV. The model 2GV has an automatic choke with the thermostatic coil installed on the engine manifold. The coil is then connected to the choke valve through linkage. This model has a vacuum break diaphragm on the carburetor instead of the conventional choke housing on the air horn. The model 2GC has the automatic choke as a part of the carburetor (intragal). 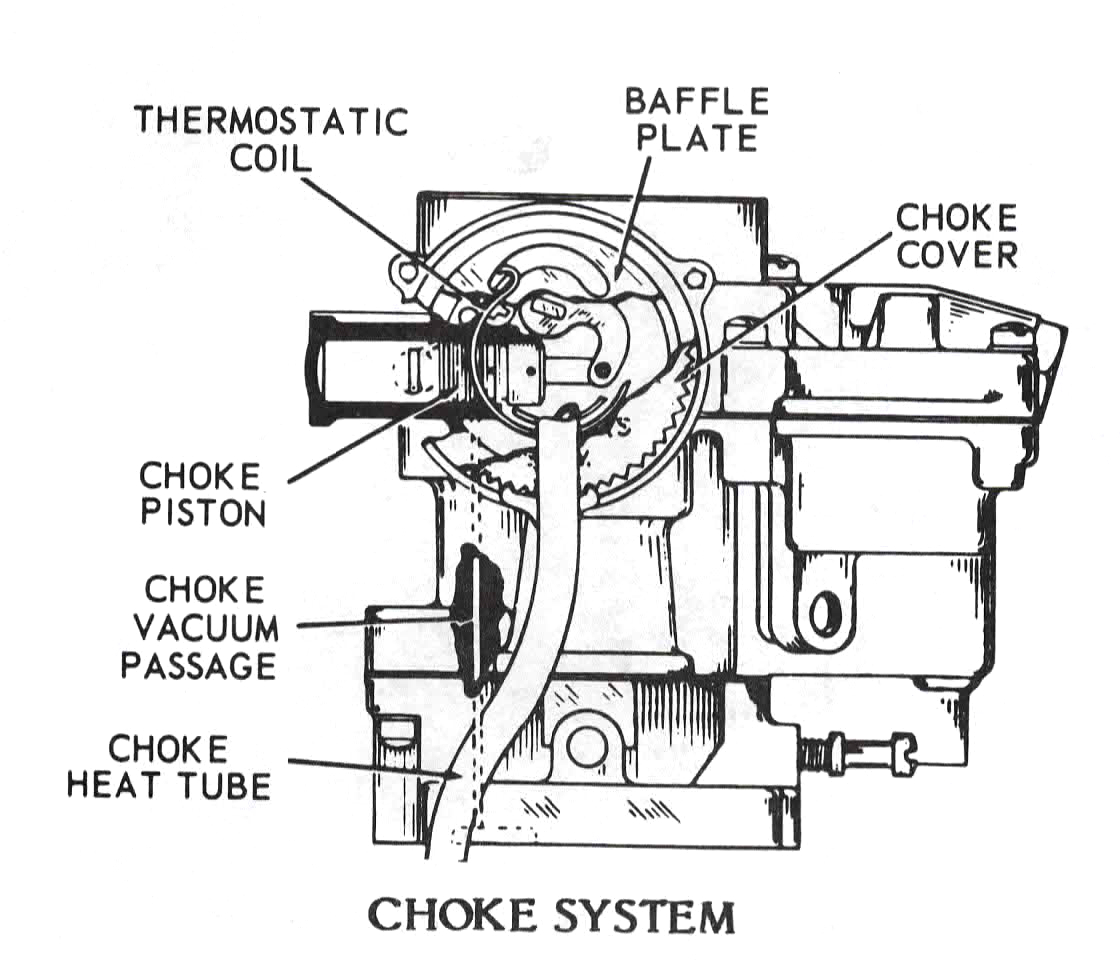 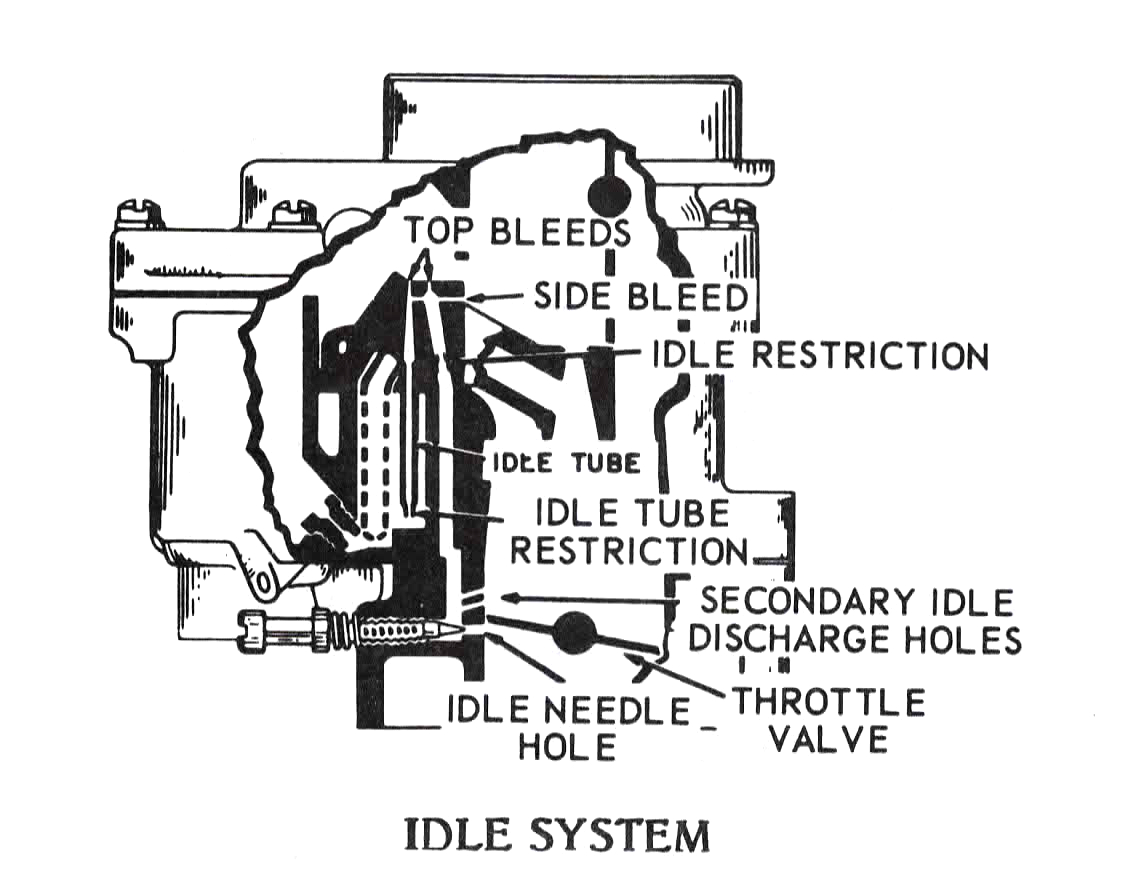 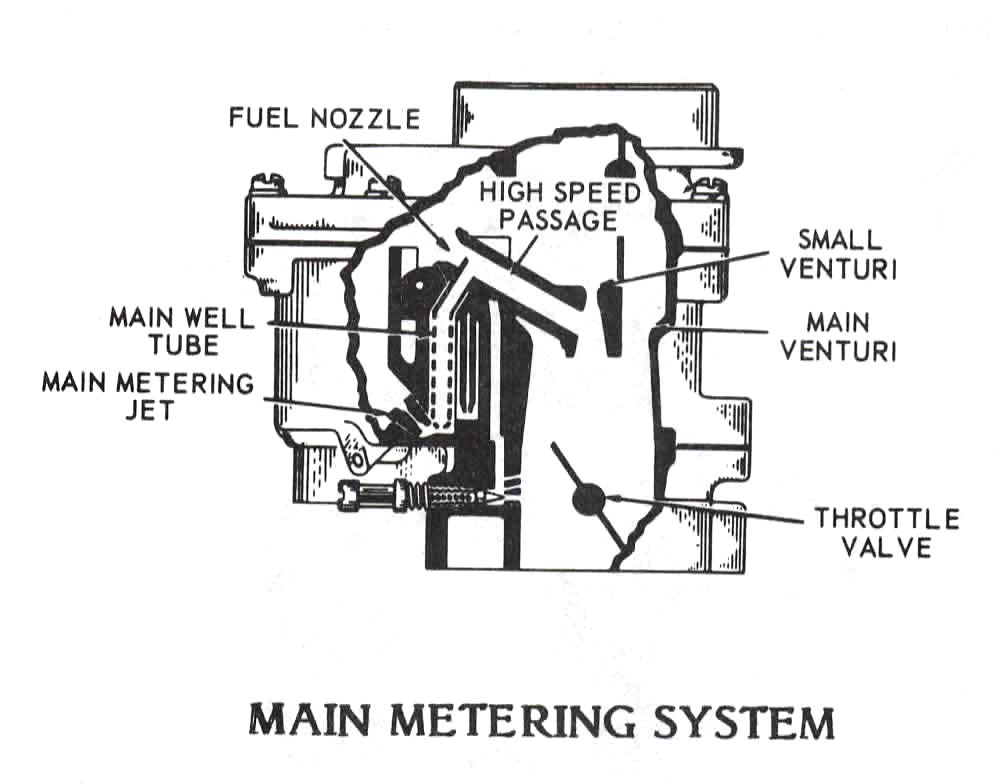 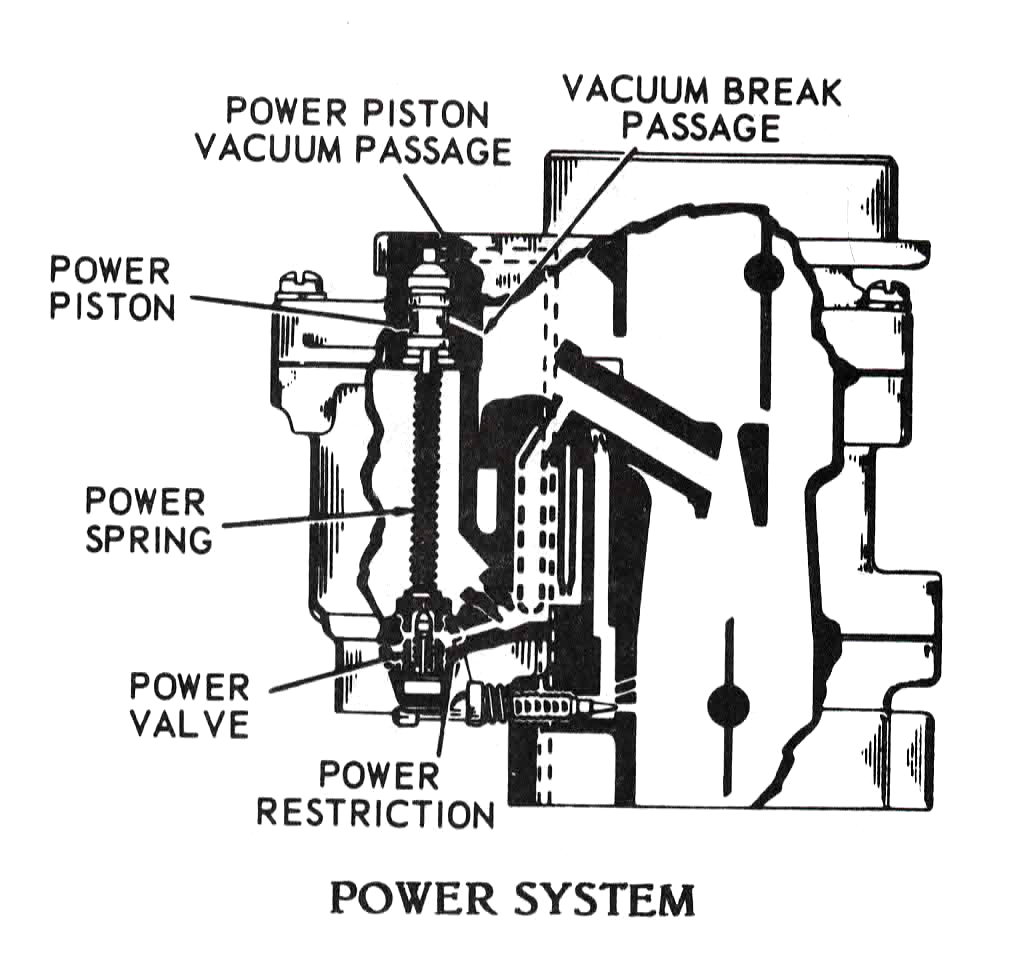 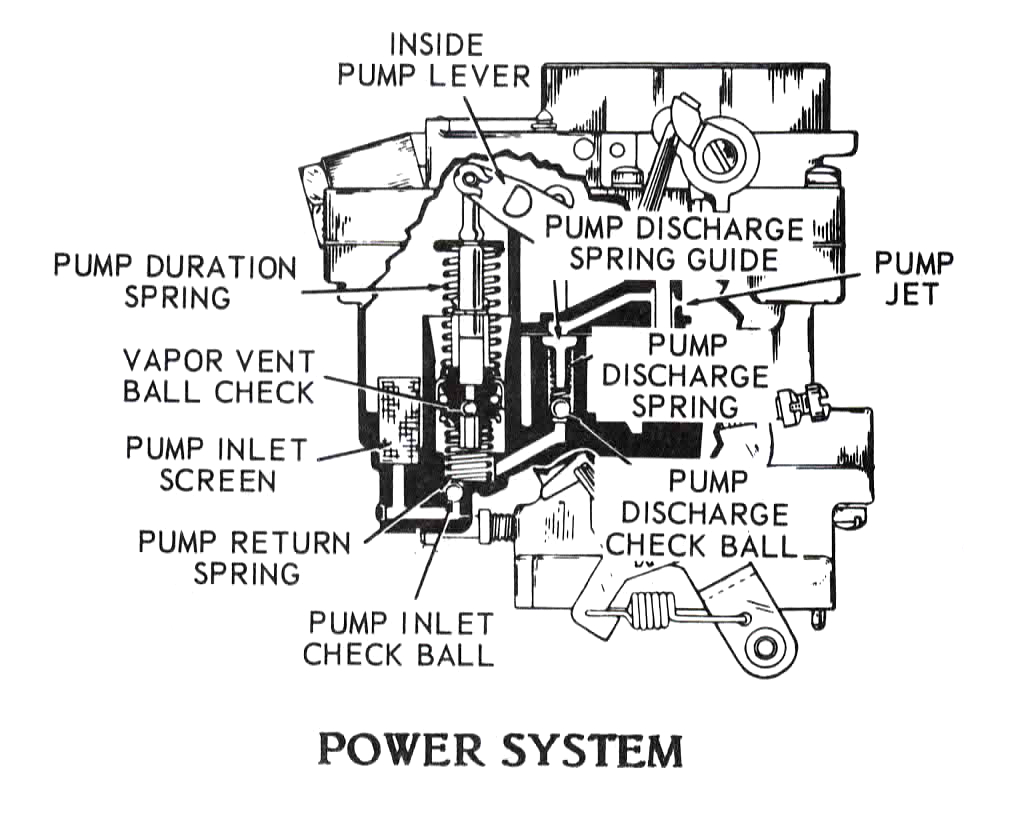 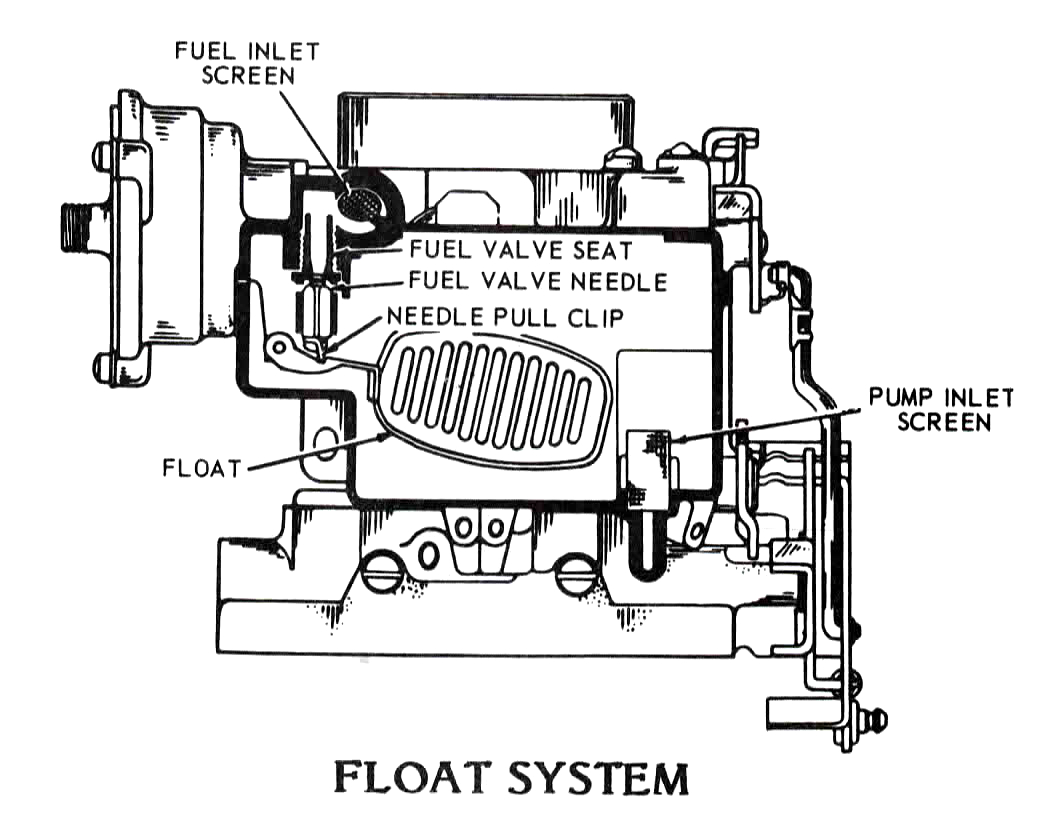 Remove the idle vent valve and the pump link. Remove the screw at the end of the choke shaft, then remove the fast idle linkage as an assembly. Remove the air horn attaching screws and lift the air horn straight up from the body. 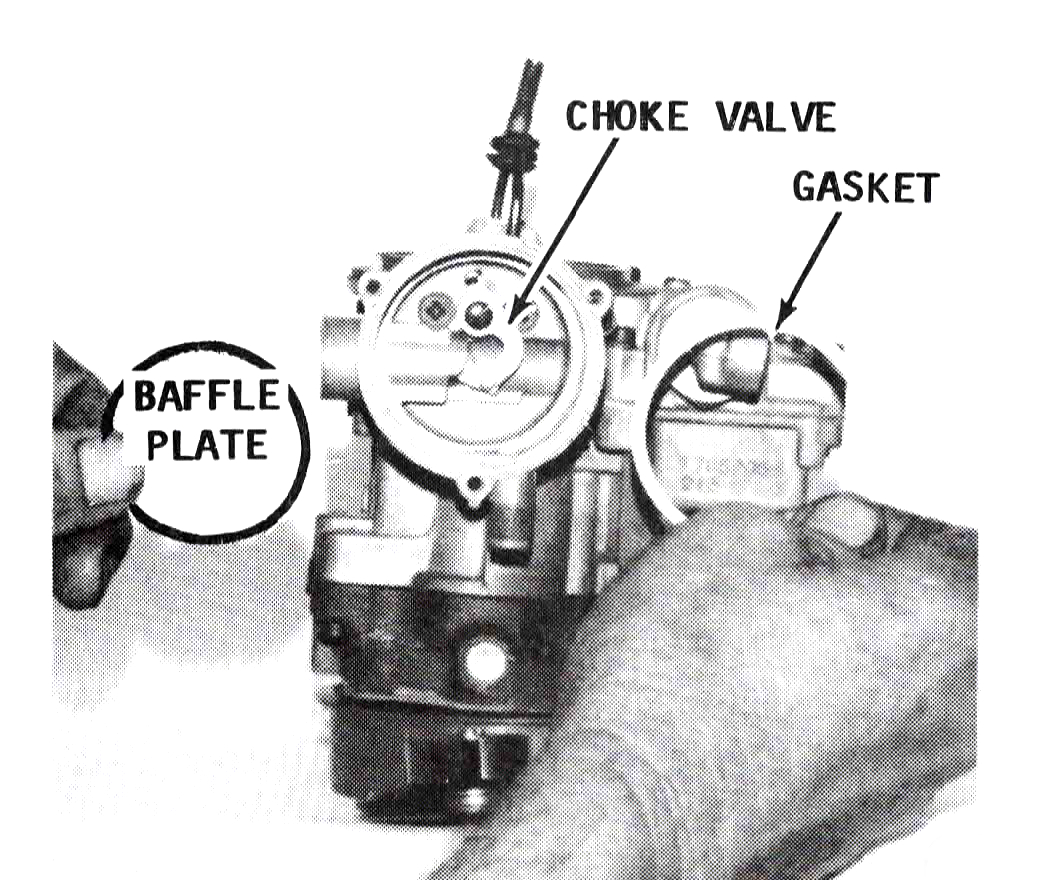 Disassemble the automatic choke by first removing the two choke vave retaining screws. However, under normal conditions, the choke shaft is not removed. You may have to file the staked ends of the screws in order to remove them. Lift out the choke valve. Remove the choke cover, with the thermostatic coil attached, the gasket and the baffle plate. Now, rotate the choke shaft conter clockwise to guide the piston from its bore. Remove the shaft and piston assembly. 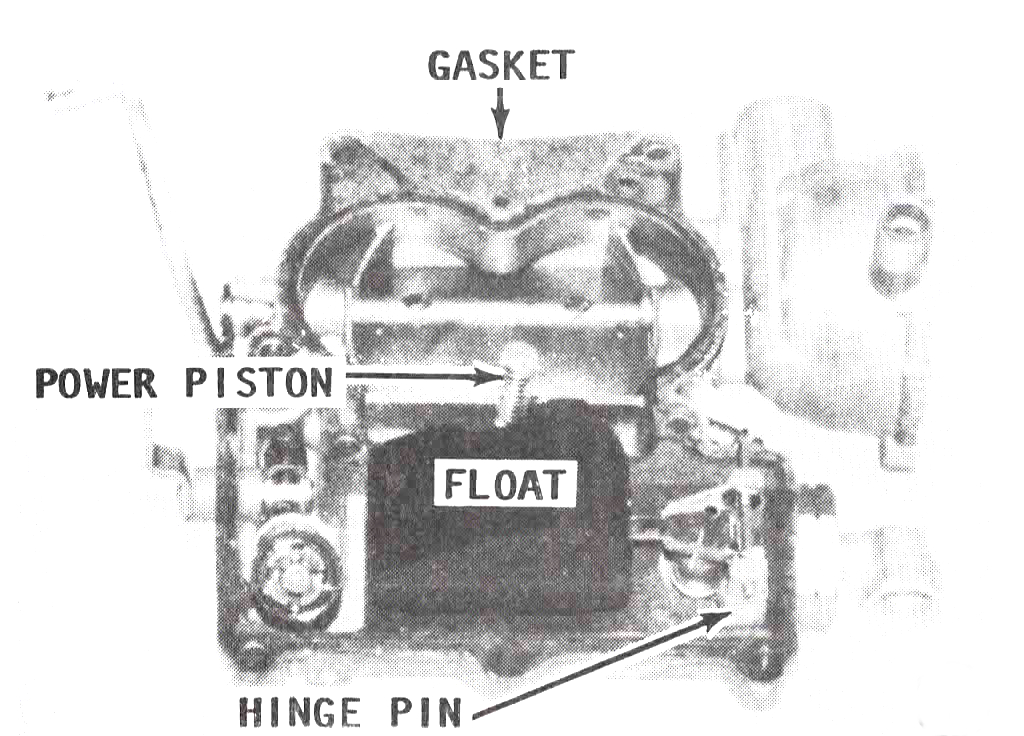 Turn the air horn upside down and remove the float hinge pin. Lift off the float, and remove the float needle. Depress the power piston shaft which will allow the spring to snap and in turn will force the piston from the casting and allow the power piston to be removed. Remove the accelerator pump plunger, pump lever and shaft assemly. Remove the two choke housing to air horn attaching screws and lift off the choke housing. Discard the gasket. 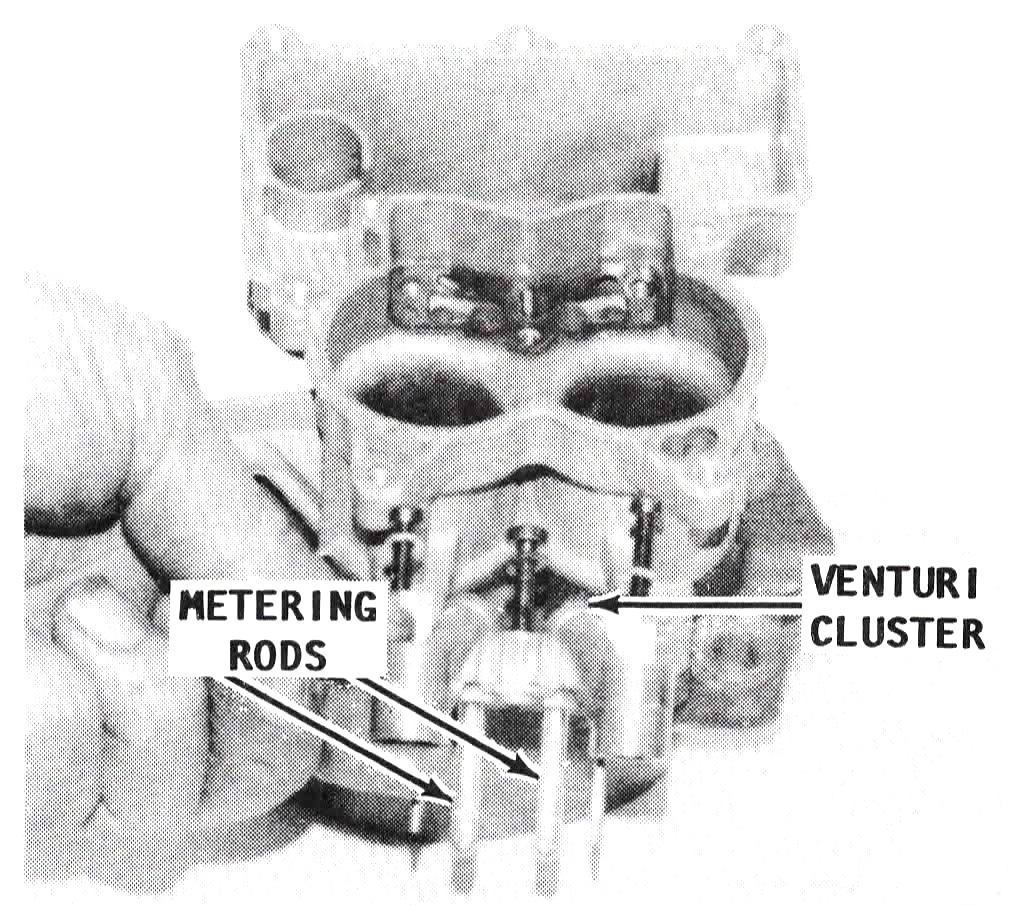 Remove the pump plunger, return spring, main metering jets, and power valve from the main body. Some models have an aluminum inlet ball in the bottom of the pump well. This ball will fall out when the carburetor is turned over. Remove the venturi cluster by removing the attaching screws. 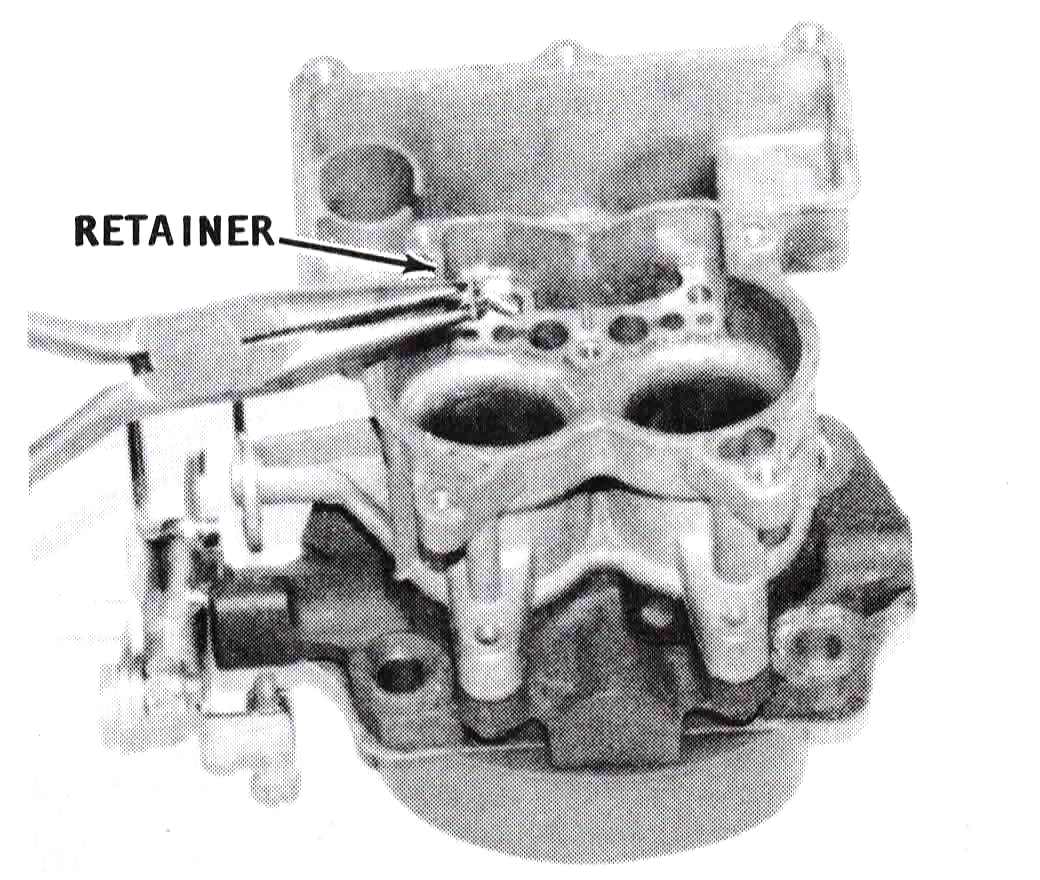 Wash the parts with hot water then blow out all passage ways. Run very thin wire through the passage ways and small orifices in order to remove the residue left behind by Ethanol. Be gentle. You don't want to enlarge any of the holes.

Move the throttle shaft back and forth checking for excessive wear. Some wear is ok, maybe less than 1/32". Anything more than that could cause a vacuum leak, which will result in a rough idle.
Can't find what you need? Contact Us
TOP