How the 2 Jet Float Works 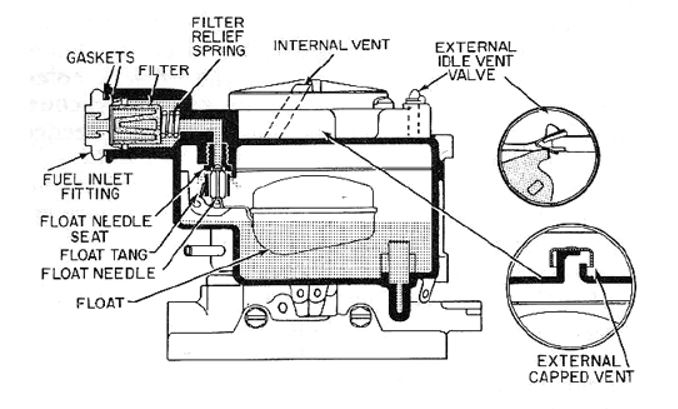 The float system operates as follows:

As fuel is used from the carburetor bowl during engine operation, the float again drops downward moving the float needle off its seat, allowing more fuel to flow into the float bowl, thereby, keeping the fuel level consistent.

A float drop tang located at the rear of the float arm prevents the float from moving too far downward. The maximum float drop must be maintained so that the float assembly will drop sufficiently to allow maximum fuel flow under heavy engine fuel 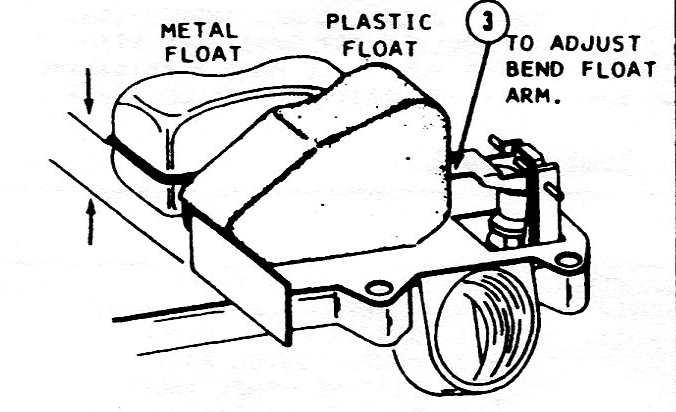 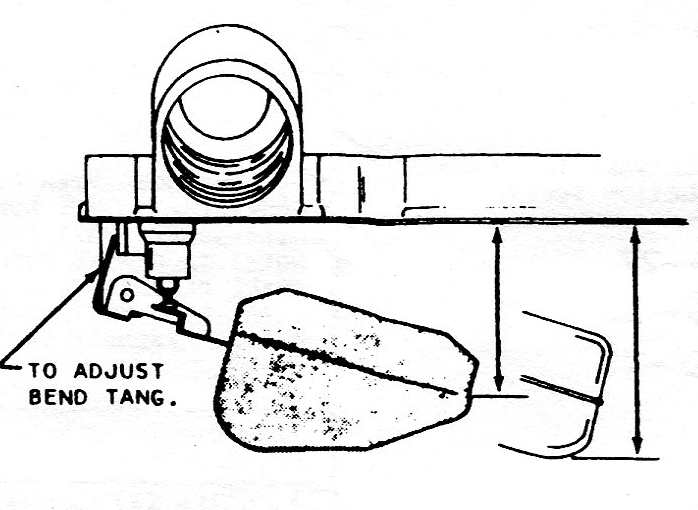 With float hanging freely, measure from gasket surface to lip of plastic float, or bottom of metal float.

Check the float drop to make sure the needle doesn't fall out, or gets stuck to the side.