When working with your 2 Jet carburetor make sure your choke parts move freely. Remove all of the choke parts and as you replace them make sure nothing is sticking.

For the integral type (mounted on the carburetor) there is a piston inside the choke housing. You need to remove this and using a wire wheel clean the brass piston. Be careful you don't lose the small pin that connects the piston to the arm. This will usually be enough for the piston to move freely. This piston is the vacuum break, which when the engine is 1st started and the vacuum is at the highest, opens the choke slightly so that some air is allowed in, otherwise the engine might die. If your engine is dying right after starting and is cold take a look at the vacuum break piston. 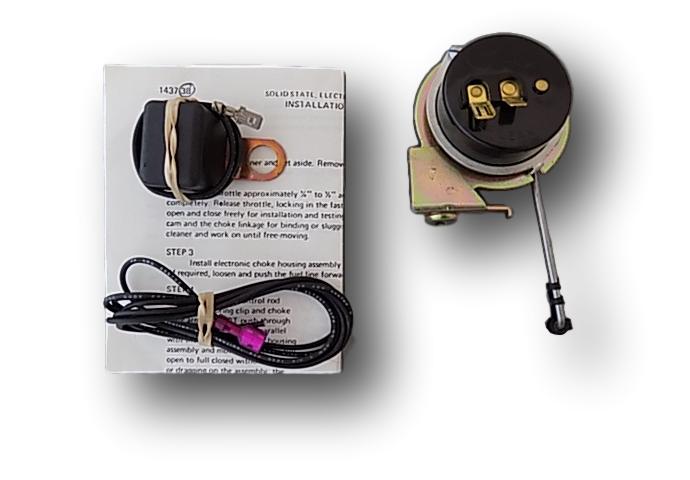 Watch a video about this choke:

How the Choke & Fast Idle Works:

Choke linkage example. This is a later model 2 jet with the choke mounted on the throttle body.
2 Jet Choke System, Where the Choke is Mounted on the Throttle Body

br />
Can't find what you need? Contact Us
TOP