The Autolite 1100 vent valve is used to vent the float bowl when accelerating, or on power mode, otherwise excess gas will be siphoned into the carburetor bore. 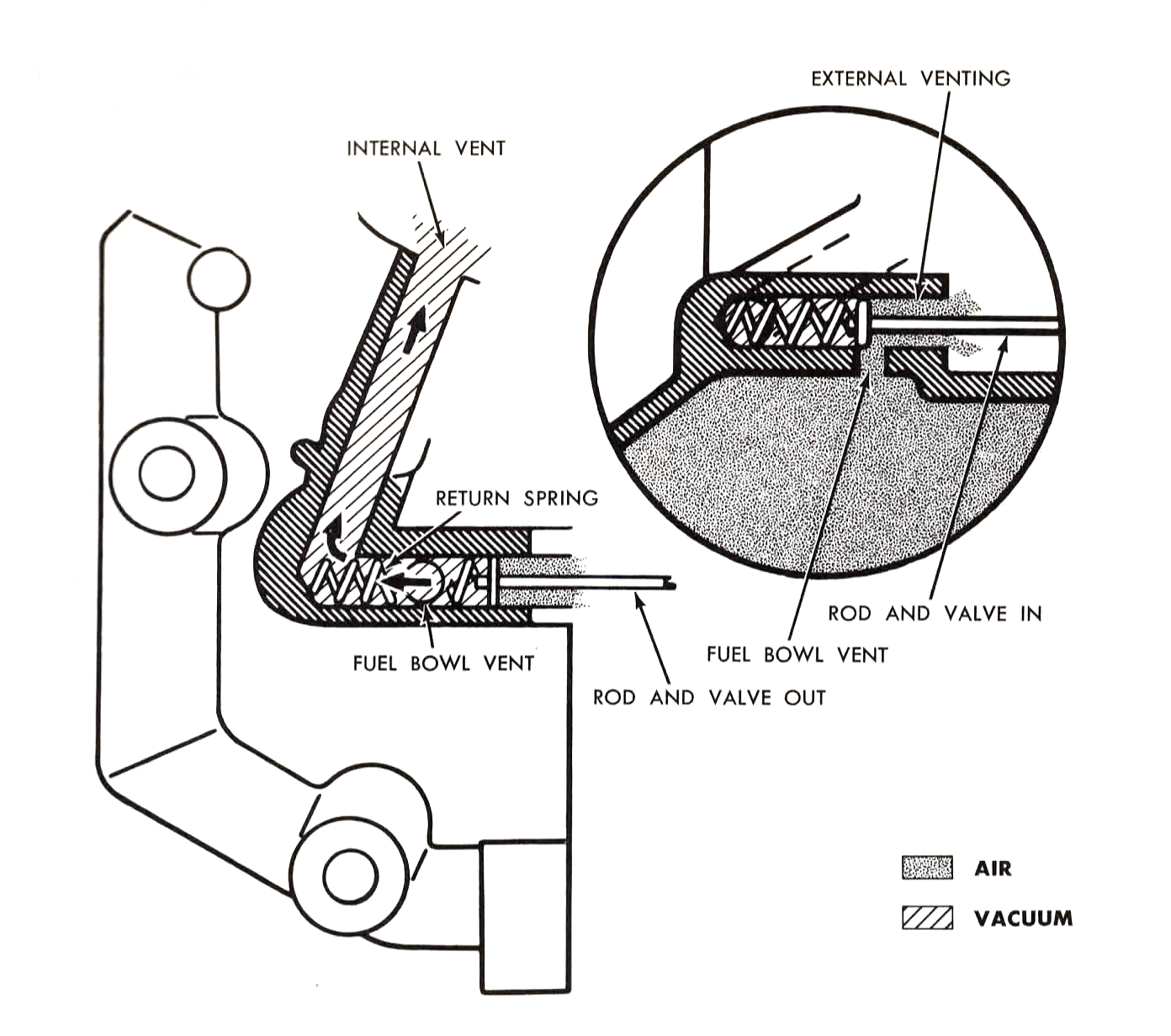 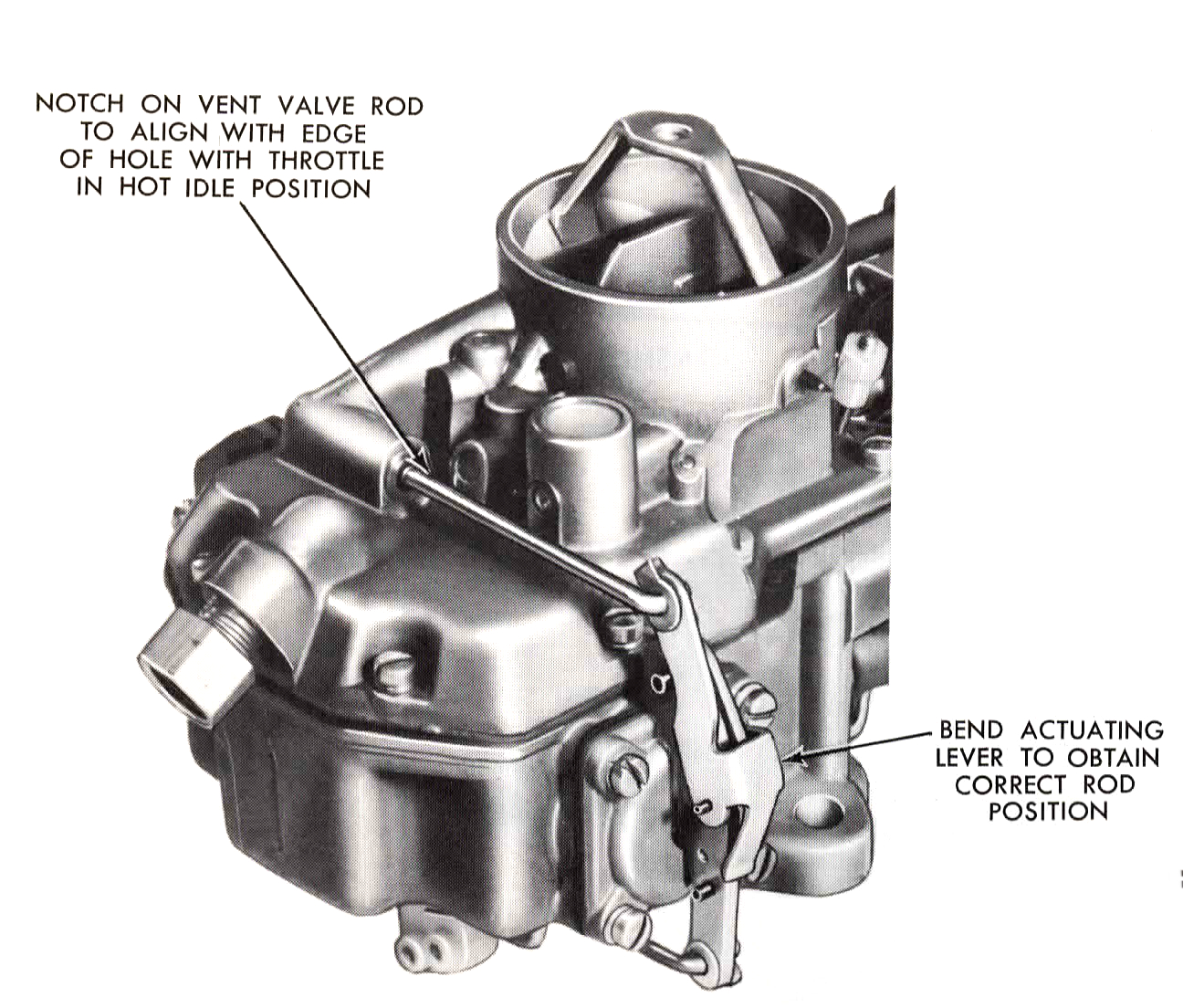 To replace this rod:
I purchased the rebuild kit and new vent valve rod to boot (original plastic one was broken) and the vent rod has no markings or grove to set in correct position after I have adjusted for high altitude.Could you please let me know the distance from the stop for the spring to where the notch should be? Judging from the plastic one it's roughly 1/2" does this sound correct?
Adjust until the round disk is near the edge of the hole. Just make sure it doesn't come out.